Wikka is a company and has headquarters in Delhi, Delhi, India. Wikka has 7 employees . It was founded in 2015. Wikka specialises in . Wikka is a private company.

Wikka key technologies used on the website. Check the section to learn more about which tools and technologies are used by Wikka and how much is Wikka oriented towards technology.

Wikka similar companies show companies that have similar matching attributes like industry, type, employees and are competitors to Wikka.

'a Matter Of Taste'

Below are all the Frequently Asked Questions about Wikka. The questions are about Wikka funding, Wikka revenue, Wikka founder, Wikka CEO, Wikka Head office, Wikka contact details and more.

When was Wikka founded?

Who is the Founder of Wikka?

Rupal Shabnam Tyagi,akshay Virsingh Tyagi is the founder of Wikka.

Who is the CEO of Wikka?

Akshay Virsingh Tyagi is the ceo of Wikka.

Where is Wikka headquarters?

How many employees does Wikka have?

Is Wikka a private company?

Yes, Wikka is a private company. 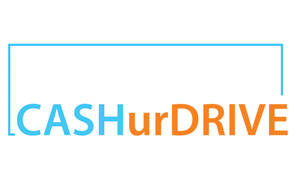